This wouldn't be a problem on its own, except that MobyGames also presents screenshots unaltered, so screenshots appear vertically squashed compared to how they would appear on a real CRT.

This script implements the best algorithm for screen display suggested in this Gamasutra article so that, with a single click, you can enable aspect ratio correction on any MobyGames screenshot with a resolution of 320x200.

(Note that, because part of the aspect ratio correction is performed live in the browser using CSS, saving the aspect-corrected screenshots won't give you what you expect.) 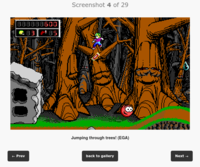 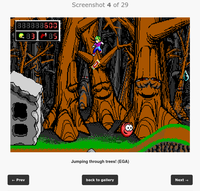