Install this script?
Visit the author's site for support, ask a question, post a review, or report the script.

Applies to
All sites

Click MPIV: Configure in your userscript manager popup menu. Screenshot is shown below.

See the MPIV Wiki for more info on writing rules in general and this comment for gallery rules in particular. 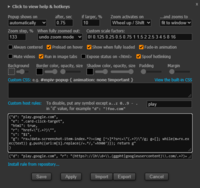