Vote counts on the Stack Exchange

The vote counts are a great tool to determine whether an answer on one of the Stack Exchange (SE) websites is useful (disputed) or not. Unfortunately, not many of us have enough time to join all of the SE websites and get 1000 reputation.

This script (and Chrome extension in the Chrome Web Store adds the View Vote counts feature to each SE site. If you've already sufficient reputation to view the Vote counts, the script does not affect that particular site.

This script is also featured at Stack Apps: “View Vote totals” without 1000 rep . 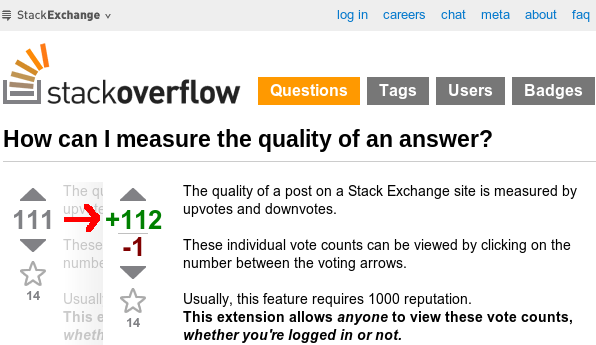